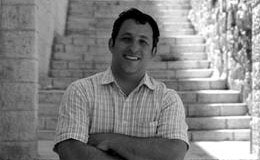 “The Return of the Kosher Pig has been marked as a transformational book and along with our series Cheezuk Emunah, it provides real answers to tough questions about the identity of the Messiah. The Return of the Kosher Pig in English has made a tremendous impact on Jews and Gentiles alike, as we had the chance to share the truth in over 35 synagogues and events just in 2013 and received many incredible reports.”

The two translations will be worked on in parallel (by two separate teams) and both projects are scheduled to be released by December 31st, 2014.

“We heard the cry of the Sefaradic (Spanish speaking) communities worldwide and determined to translate it to Spanish. Many Anusim are leaving the Messiah in an alarming rate to join Orthodox Judaism. We believe that the book will provide a strong response and answers for those within the Spanish speaking community.”

“The Hebrew language which is the holy tongue, the book represents an opportunity to address the issue of the identity of the Messiah to tens of thousands of Jews in Israel with traditional and Orthodox upbringings. We are thrilled about it. “

“The project of translation will involve tremendous amounts of resources, and it is of vital importance for believers in the restoration of ALL to the precious name of Messiah to become our support and partner with us in prayer. We anticipate that these two projects will reach thousands of people almost immediately.”

The overall costs are roughly $25,000 USD for both projects. You can make a donation toward it or become a regular monthly partner at www.fundly.com/ahavatammiministries.